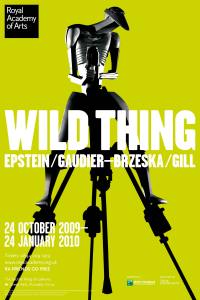 As a complete novice when it comes to art appreciation, it was with trepidation that I accepted an invitation to the brand spanking new Royal Academy exhibition of early 20th Century sculpture entitled Wild Thing.(Kindly donated by BNP Paribas the sponsors of the show).

In my mind sculptures from this era are essentially stern statues of generals or politicians looking down on us from their place in history.

The Royal Academy has created a three pronged attack to change that association. Jacob Epstein, Eric Gill and Henri Gaudier-Brzeska were active in the pre First World War era, and were part of a revolution in art.

The observer is thrust into the amazingly creative period of seething sexual revolutionary design which challenged and eventually overthrew the staid and conservative mores of post Victorian orthodoxy.

The three artists had radically different backgrounds, but each had similar notions of stark geometric figures and pared down imagery.

Gill creates an immediate impression with his eroticised art contrasting an emasculated Christ his arms raised in supplication, with a laughing and care free woman; her hips thrust out proud of her femininity.

Gaudier  on the other hand created wildly experimental styles, ranging from block like figures reminiscent of Picasso to almost an early pop art style imagery

The lasting image though was the creation of Epstein, with the stark robotic creature thrusting out a phallic like jack hammer. It was decades ahead of its time and must have truly shocked its audience.

Harry Palmer 30, was born in French Guiana and educated by Shauolin monks at the Chán Buddhist temple at Song Shan China. He made his name as the youngest kickboxing champion in Thailand and was the basis for the famous Jean-Claude Van Dame film Kickboxer. Harry has to register his fists as dangerous weapons at the local police station.

When were you happiest?

Coming to work on Monday morning, it is the highlight of my week.

What is the most important lesson life has taught you?

Where would you most like to be right now?

Who would play you in the film of your life?

You mean apart from Brad Pitt?

What do you consider the most overrated virtue?

Do you believe in life after death?

Having eaten both I would say dog.

What has been your biggest disappointment?

The England football team – they never fail to disappoint.

What makes you depressed?

Poverty, greed – the fact I can’t reconcile my greed with my poverty.

What is the closest you’ve come to death?

Tell us a joke.

I ordered a pizza the other day. I asked for a thin and crusty Supreme, so they delivered Diana Ross

The Rules For My Album Reviews

My Project To Review The Top 100 Albums Of All Time

With the aim of honing my reviewing skills and in the process getting a proper musical education, I  have decided to review the top 100 albums of all time as voted by Rolling Stone Magazine. I aim to publish one review a day. The first  one will be Sgt. Pepper’s Lonely Hearts Club Band. 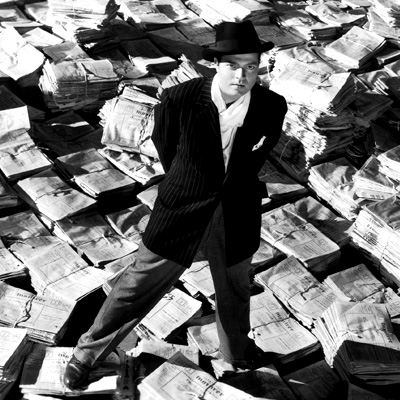 What you ask is the point of another blog when there are literally  millions of them out there? Well my aim is to write, to write well and to write everyday. I love to write but I need the self-discipline to actually do it. I have had enough of the rising tide of  lazy, badly written navel gazing articles that are so common today, and this is my stand against it.